Moyra
Poet, creative writing facilitator, editor. Experienced mentor for those working towards a first collection. My publishers are Lagan Press, Belfast and Liberties Press, Dublin, who published my Selected Poems in 2012, The Goose Tree in June 2014. Blood Horses was published in 2018 from Caesura Press www.caesurapress.co.uk and a new collection, Carnivorous was published from Doire Press Spring 2019 www.doirepress.com Awarded an Arts Council of NI Major Artist Award in 2019

Another link, this time to a reading I did for the Holding Cell. My first attempt at You Tube live, so please forgive the couple of minutes at the beginning when I don't realise I'm live - just skip past them!

For anyone who might like to listen, a link to the RTE Poetry Programme with interviews and readings from me and eco poet Jane Robinson.


https://www.rte.ie/radio/radioplayer/html5/?fbclid=IwAR073r4c-AiOrMYVI4WLwH3MBkwGB-wwZWhKQSYJasHDbjgL0JgwSMv8lU8#/radio1/11180367
Posted by Moyra at 06:43 No comments:

A link to the lovely Pendemic website and a small poem of mine - lots of other great stuff to read too.

In the time of the virus

None of us are where we expected to be in this Spring of 2020 and I'm struggling to make some kind of sense of what it means to be a poet at this time. Every time I seek words, they fail me.
Posted by Moyra at 07:09 No comments: 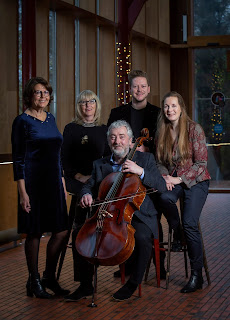 It has been quite a year – well all years are in their own way – but 2019 has brought a few new things into my life. Most significantly, the birth of my first grandchild, Daisy, to my daughter, Jannah. As predicted by friends who are grandparents, I wasn’t prepared for the impact this little one would have on my life. I was lucky enough to watch her being born and she immediately took up a huge space in my heart. It is a delight to watch her grow and see her personality begin to blossom. Of course, as I predicted for myself, I do now feel as if I have someone else to worry about and it brings the state of our world, politically and environmentally into very sharp relief.
In June, Doire Press published my latest collection, Carnivorous. Lisa and John from the Press have been incredibly supportive publishers, it has been a great pleasure working with them and I’m really happy with the book. I know you shouldn’t have favourite books, any more than you should have favourite children, but I’m proud of this collection and feel it is a complete thing and true to my voice.
In November I had the fantastic news that I was one of four artists to receive a Major Individual Artist Award from ACNI. This has been important to me in a variety of ways. It means I can cut down on freelance work and concentrate on writing and it also has been a real affirmation that the work of almost thirty years has some substance to it. So perhaps it is worthwhile continuing for a little while longer.
I continue to be grateful for the friends who have supported me along the way, both in writing and in life.
Every year brings its griefs too. The loss of two members of the long standing Shalom poetry group, Denis O’Sullivan and Tom Honey was a sad blow. I have known both men for a long time, meeting when I first facilitated the group way back in the 1990s and both consistently worked away at their poetry over all the years between, Both were strong, honest poets with great grace and skill and both were in love with words. Both were straight, true people and I miss them.
The loss of poet Ciaran Carson is also a grief. I didn’t know Ciaran well on a personal level, but like a lot of other writers, was greatly in awe of his work and his fierce intelligence. His death has caused me to re-examine my thinking on a number of subjects; memory, influence, confidence, changing times.  I have been reflecting a lot on the past.
But it is also the time of year to look forward. 2020 seems an almost impossible number, but here it comes. All l I can do is open myself to it with whatever it will bring, put pen to paper and continue on.

My new collection Carnivorous had its first outing at Cuirt where I was reading alongside John Kelly.

It is always a bit nerve wracking to read new work, so I was delighted at the positive reception for the poems and I'm now looking forward to taking the book on tour. I will be back in Galway, in the Library this time, on the 8th May, then on to Cork Library on the 9th May.
Armagh Library will be the host on the 14th May and the Vintage Room Dublin on the 16th. Coleraine University is the venue for the 22nd May and the Belfast Launch will take place on the 8th June s part of the Belfast Book Festival.

I'm also really pleased to have been invited to take part in the Bray Literary Festival on the 28th June.

It's great to have all these opportunities to read from the book. Thanks to Doire Press for all their support and organisation. 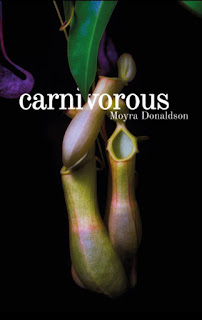 How one thing leads to another

Last year I got a message from Big Telly Theatre Company. They were about to start work on a new piece of theatre, Freak Show, and novelist Bernie McGill had told them about my poems in Miracle Fruit, where I had written about such characters as The Great Irish Giant and the co-joined twins, the Fabulous Hilton Sisters. I sent the poems to Zoe and Nikki from Big Telly and this exchange resulted in them using some of the poems in Freak Show and in commissioning some new work from me about the Portrush Giant.

Freak Show was a tremendous success, an amazing piece of physical theatre and I really enjoyed working with the company.

This year I've been commissioned again by them, this time to work on an exciting project, Sea Gods, Shipwrecks and Sidhe Folk, which will provide installations along the Causeway Coastal Route to entertain and engage tourists and reveal the history and stories of places along the way.

I love it when connections bear creative fruit. Bernie and I first met when we were both awarded an ACES award in its inaugural year and so the genesis of the work I'm doing now stretches back over the years.

Freak Show goes out on tour again in March 2019

I'm delighted to reveal the cover of my new collection, Carnivorous, which will be launched this Spring from Doire Press 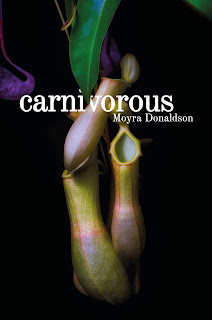 It has been a busy and exciting year with the development and launch of Blood Horses.

About this time last year a friend introduced me to the work of artist Paddy Lennon. I loved his paintings of horses and they chimed exactly with what I was working on, a series of poems about the Thoroughbred horse, its history and the three founding Arab stallions to whom all Thoroughbreds are genetically linked. The poems also looked at the long relationship that humans have had with horses. I contacted Paddy, we met up, got on well together and embarked on a collaboration that resulted in an exhibition and a beautiful limited edition book of poems and paintings.

So far the exhibition and poems have appeared at Aspects Festival in Bangor, the Downpatrick Racecourse and the beautiful Royal Dublin Society Library. They will be at the John Hewitt Summer School in August 2019 and plans are afoot for them to travel to other racecourses in Ireland and England.

It has been one of my favourite projects and the feedback on the book has been fantastic. If you would like more details go to Blood Horses
Posted by Moyra at 09:01 No comments:

A couple of new poems

Here is a link to two new poems published by the fantastic on-line magazine The HU.

Solitude was written during my stay in Cill Rialaig. 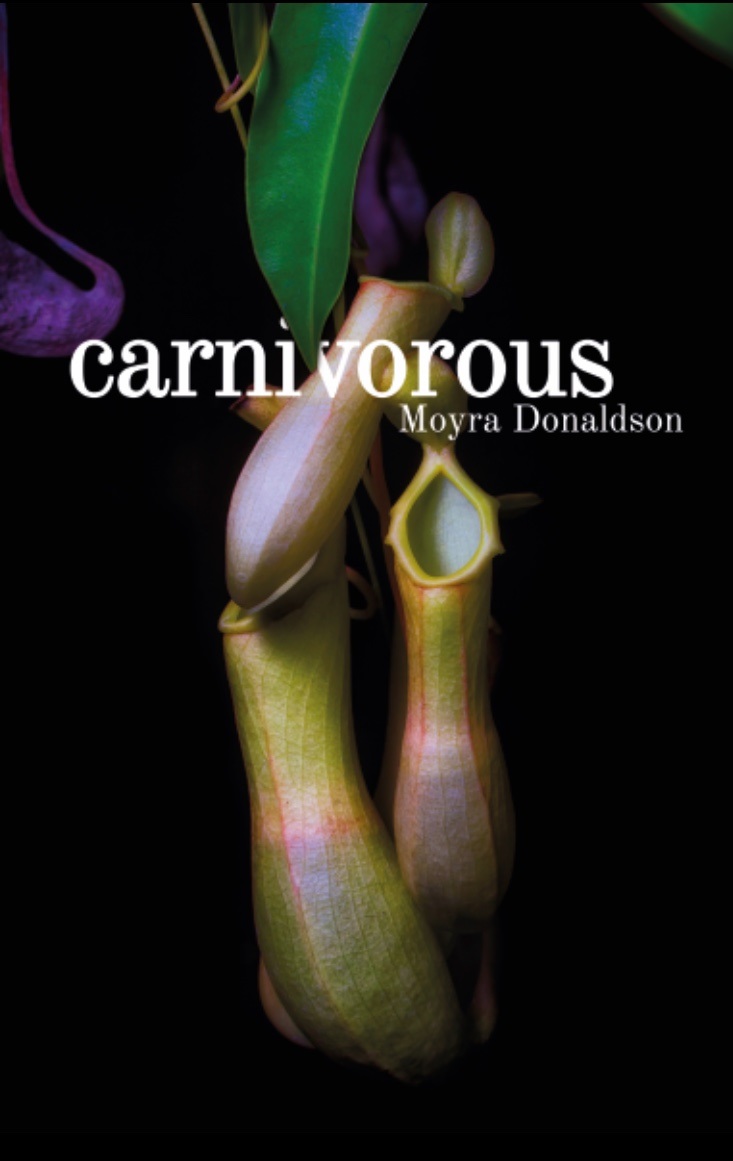 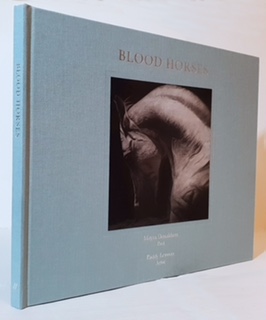 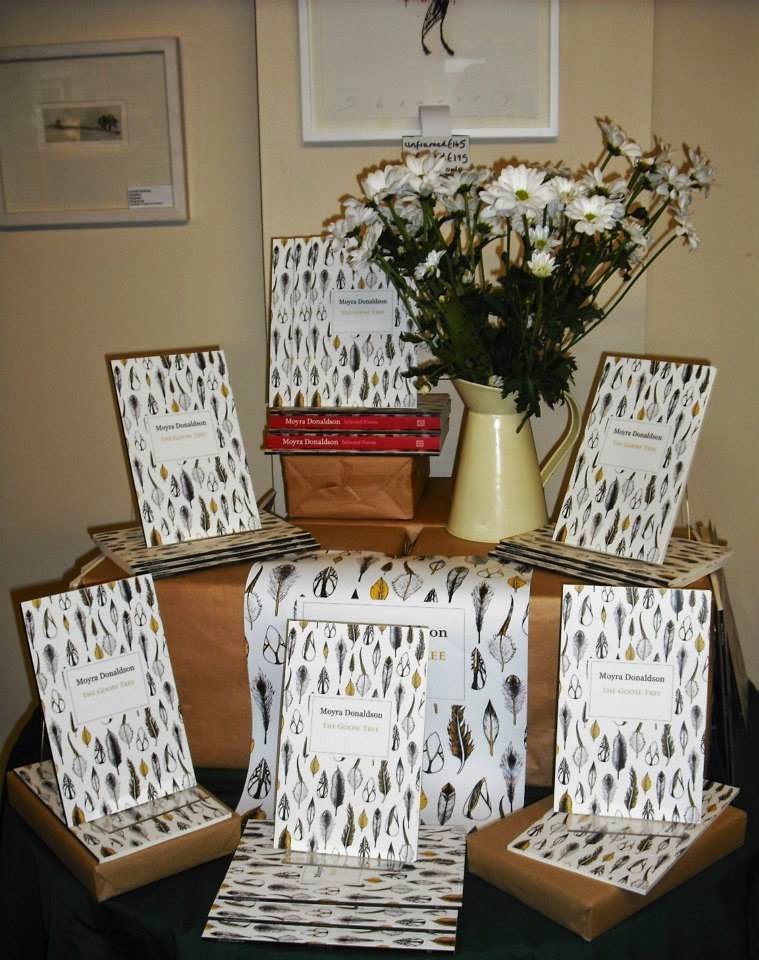 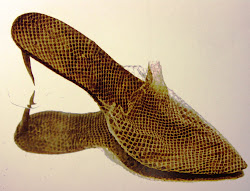 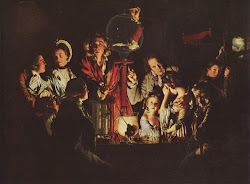 Experiment on a Bird in an Airpump